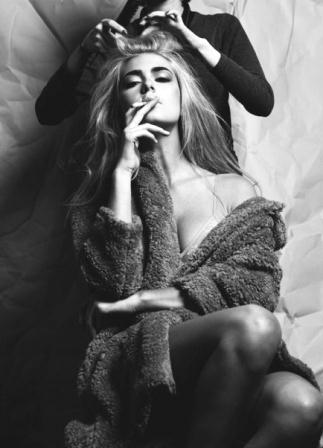 I will fight. A hoe.

BBH Labs, based out of London and New York, “finds ways in which marketing innovation can be a powerful force for good.”  So these guys show up at SXSW in Austin, Texas, which is like, I don’t know, Woodstock for geeks, and pitch this idea where they try to give homeless people jobs. Fuck this shit. Who the fuck do they think they are?  My homeless guy, the one I pass by every day on my walk to the Starbucks near my building downtown (and who better fucking be there tomorrow), was offered a job by BBH Labs to act as a wireless hotspot.  How dare he try to sidestep the vast amount of approved government services he was undoubtedly getting (I know he’s well taken care of because I voted for all that shit like, I don’t know, last time I voted and shit).

At least I’m not alone in my outrage over this ballsey display of shared human dignity.  Blogger Neal Colgrass over at Newser.com reports ‘”The digital divide has never hit us over the head with a more blunt display of unselfconscious gall,” writes Jon Mitchell at ReadWriteWeb. The BBC quotes a blogger who cringed, “You are priming an affluent, iPad-toting public to think of that person as a commodity.“‘  And if not a commodity, then at minimum a person. It’s fucking absurd! These are homeless… They’re probably mentally unstable anyways.

So these douchebags offer him more than minimum wage to sell me wireless service that I can get perfectly fine through the coffee shop when I’m sipping my double-shot no-foam skim latte.  When did my homeless guy get so uppity, trying to be all high-class and shit? BBH Labs told the participants at SXSW to watch for these “people” wearing t-shirts that say Homeless Hotspots.

“They’re carrying MiFi devices. Introduce yourself, then log on to their 4G network via your phone or tablet for a quick high-quality connection. You pay what you want (ideally via the PayPal link on the site so we can track finances), and whatever you give goes directly to the person that just sold you access.”

I’m sorry, what? You want me to talk to him? And exchange names? I don’t even allow him eye contact, much less cordial introductions.  These BBH assholes are doing three things that go directly against my homeless guy’s position as a marginalized individual, offering him a voice, access, and power.  Um hello!  He won’t qualify as the rightful owner of the label “marginalized” if he’s sporting that shit.  And don’t ask him if he wants that job, that’s for me and the rest of my fellow employed Cornell-educated pedestrians to decide. We’re the ones who have to walk past him and smell him on the train every day!  He belongs to me.  Dicks.

One thought on “If the homeless aren’t just a charity case, then I don’t fuckin’ need ’em.”

This little space on the interwebs is where all the geeks and gangstas in my life can converge on the things that I get all hot about. There really is no rhyme or reason to any of it. I'm going to test out a few ideas on your pretty little brains to see if they explode. Feel free to pipe in if you've got urges.

Any kind of urges are appropriate.